Deprecated: add_custom_image_header is deprecated since version 3.4.0! Use add_theme_support( 'custom-header', $args ) instead. in /home/xfr9414ja60z/public_html/inspire/wp-includes/functions.php on line 4860

Deprecated: The called constructor method for WP_Widget in aec_contributor_list is deprecated since version 4.3.0! Use __construct() instead. in /home/xfr9414ja60z/public_html/inspire/wp-includes/functions.php on line 4953

Deprecated: The called constructor method for WP_Widget in aec_upcoming_events is deprecated since version 4.3.0! Use __construct() instead. in /home/xfr9414ja60z/public_html/inspire/wp-includes/functions.php on line 4953

Deprecated: The called constructor method for WP_Widget in Tribe_Image_Widget is deprecated since version 4.3.0! Use __construct() instead. in /home/xfr9414ja60z/public_html/inspire/wp-includes/functions.php on line 4953

Deprecated: The called constructor method for WP_Widget in BWGControllerWidget is deprecated since version 4.3.0! Use __construct() instead. in /home/xfr9414ja60z/public_html/inspire/wp-includes/functions.php on line 4953

Deprecated: The called constructor method for WP_Widget in BWGControllerWidgetSlideshow is deprecated since version 4.3.0! Use __construct() instead. in /home/xfr9414ja60z/public_html/inspire/wp-includes/functions.php on line 4953
 INSPIREYOWUP Final Dissemination | INSPIRE YoWup
Innovative training material to INSPIRE and empower Young and Women to Startup
Home » project 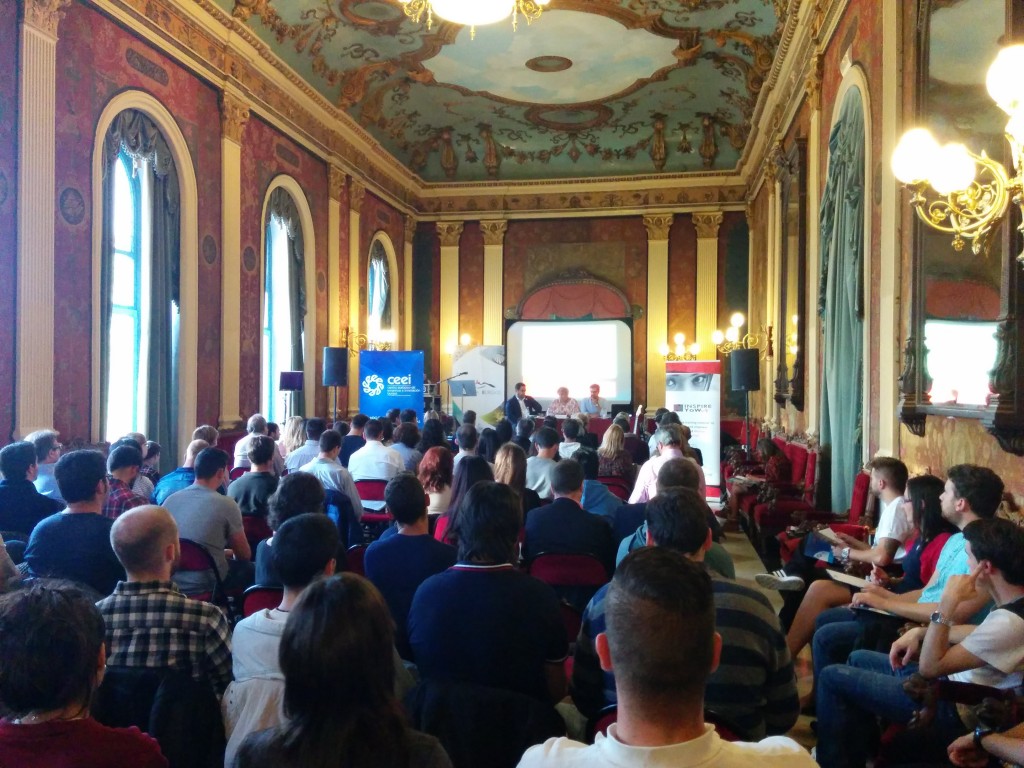 The Final Conference held in Burgos (Spain) on 24th of September 2015, in the framework of the First Gathering of Burgos Young Entrepreneurs, allowed the project itself and its outcomes and achievements to be presented and disseminated. This event with over one hundred attendees was broadly covered by main regional and local media, including TV (www.rtvcyl.es) and newspapers (www.diariodeburgos.es / www.burgosconecta.es). The venue of the event was the Red Salon of the Teatro Principal of Burgos and the programme included representatives of key Administrations (Regional Government – Mr. Eduardo Carazo, General Director of Youth Institute of Junta de Castilla y Leon- and City Council of Burgos– Ms. Ana Lopidanc, President of Social Services Department), the presentation of the project delivered by the coordinator Eva Fabry (ECTW) and Juan Carlos Martinez (CEEI-Burgos), a round table moderated by Jose Vicente Orden (CEEI-Burgos) with three entrepreneurs to be concluded by the key note speaker of the evening, Salva Lopez with “Entrepreneurial ROCKvolution”. 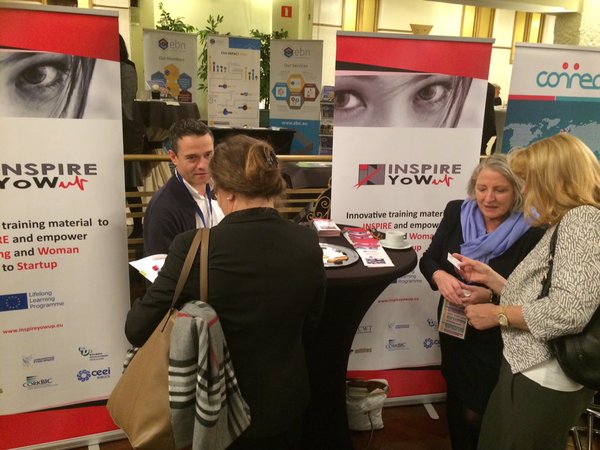 After this successful event, next step was the presentation of the project in a European level major conference. For that purpose it was selected the 2015 EBN (European Business Network) congress to be held in Brussels on 28-30 October 2015. This conference, with more than four hundred delegates coming from all EU, America, Africa and Asia, was considered by the whole Inspire Yowup partnership as one of the more appropriate for dissemination purposes at European level. A both was hired in the exhibition area of the venue of the Congress and the three partners attending the congress, CEEI-Burgos, Cork BIC and Business Development Friesland took care of it, handing out brochures and explaining delegates the project and its activities and achievements. Jose Vicente Orden and Juan Carlos Martinez (CEEI-Burgos), Frank Hiddink (BDF) and Eileen Moloney (Cork BIC) on behalf of the whole Inspire Yowup partnership coordinated their efforts in order to maximize the communication and dissemination effect on the attendees. 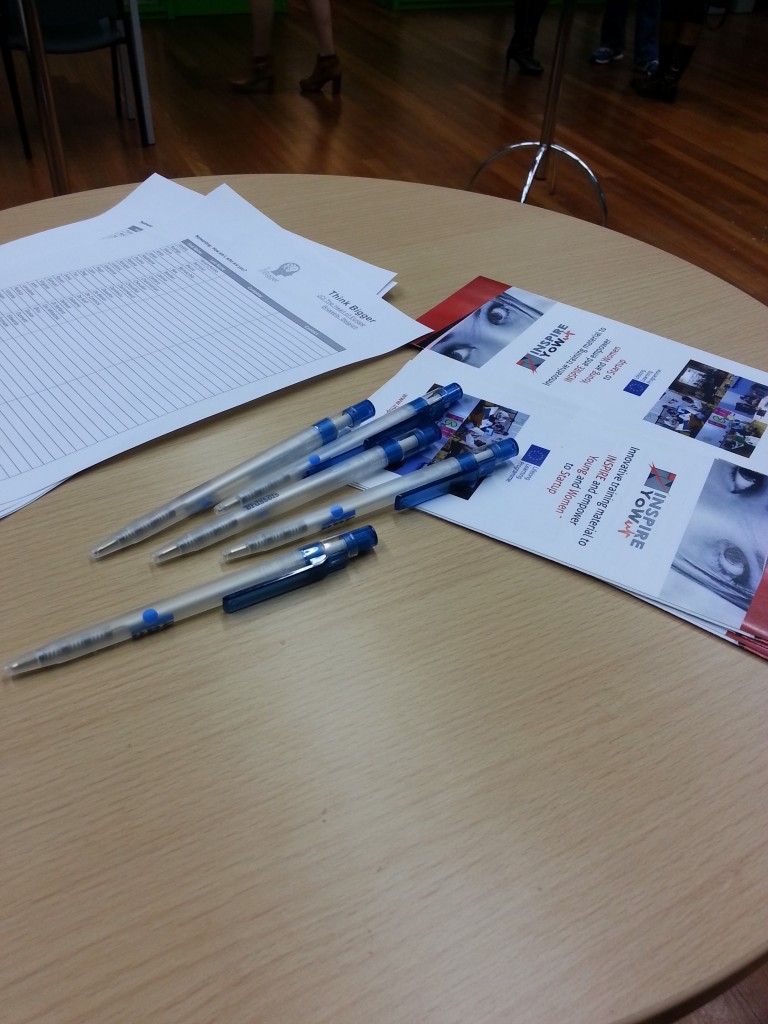 Besides, and with the intention of continuing the dissemination after the formal implementation phase, the project is going to be disseminated in the framework of the Women’s Entrepreneurship Day in Brussels on the 19th of November 2015. Mr. Larry Moffett, on behalf of the Global Entrepreneurship Week Belgium, was given one roll –up to be shown in the exhibition area along with brochures to be handed out. In meanwhile he disseminated the project on 14/11/2015 in Brussels within the framework of the Think Bigger event, organized by JCI (Junior Chamber International.

Deprecated: Theme without footer.php is deprecated since version 3.0.0 with no alternative available. Please include a footer.php template in your theme. in /home/xfr9414ja60z/public_html/inspire/wp-includes/functions.php on line 5060